What should I pay attention to when using mobile phone signal shielding equipment?

The components of the cell phone jammer generally include: host, antenna, and power adapter. When installing the mobile phone jammer, because there is a strong signal magnetic field within a certain interval between the host and the antenna (usually 20-30 cm), and the 220V power line (strong current) is also disturbed by the magnetic field (usually 5-10 cm). How to place the device orientation of each component is very critical. If the placement orientation is not correct, it is very likely that the transmission of the shielding signal will be disturbed and the shielding effect will be affected. The standard device spacing of each component of the mobile phone shielding device is as follows:

The power adapter should be more than 20cm away from the host; (If the mobile phone jammer is installed, it is not possible to keep the power away due to the limitation of the installation environment of the site. You can place the power adapter under the host of the jammer. After choosing this method, The power adapter will still be disturbed by the strong magnetic field from the main body of the mobile phone jammer, but it will be less disturbed compared to the power adapter close to the two sides of the main body.) There is no strong electric line within 20cm of the antenna. (AC220V); (including the strong electric dark wires embedded on the left and right sides of the antenna, above the antenna, and the wall where the antenna is located. If it cannot be prevented, please try not to be within 10cm of the antenna)
The height of the shielding device should be no less than 1.8 meters above the ground. 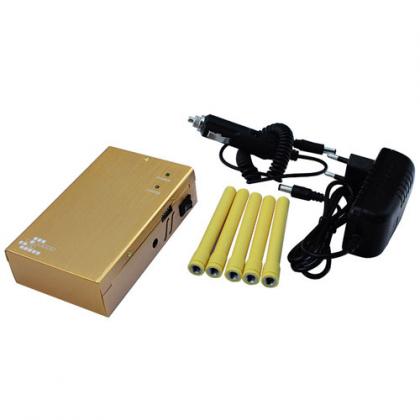 1. Why does the shielding scale when the shielding device works and there is a revenue and expenditure as described in the clarification book?

Answer: The shielding scale of the jammer is related to the strong electromagnetic field at the shielding site and the distance from the communication station. Generally the best is 200 meters away. The manufacturer is testing under normal conditions, so the scale of the shielding will be a little bit of revenue and expenditure.

2. Will there be radiation when the mobile phone signal is shielded and is it harmful to the human body?

Answer: Regarding radiation, as long as electronic products are large and small, there will be radiation. Any piece of electrical equipment will have radiation. Just like the mobile phones we usually use, they will inevitably emit radiation every day when they lean against the ears. The country has also established a standard for mobile phone radiation. The radiation produced by mobile phone signal jammers is much lower than the national standard, and it is not necessary to rely on it every day. Next to the ear, so there is almost no damage to the human body.