Detectors installed in quick-release toll booths could help locate jammers in the Global Positioning System, an official from the Homeland Security Department told a GPS conference on Tuesday.

The Federal Aviation Administration has identified failures in a GPS system that is providing precise landing information for Newark Liberty International Airport. Officials eventually attributed the problem to a trucker on the neighboring New Jersey Turnpike using a jammer to avoid his company's operations center. But the search lasted a year and a half.

One way to spot jammers faster is to install sensors at toll booths and combine them with camera systems to identify vehicles equipped with the devices, said John Merrill, program manager for position, timing and navigation at DHS, during a conference of the Civil GPS Service Interface Committee in Nashville.

The Federal Communications Commission prohibits the sale and operation of all signal jammers, including GPS jammers. Merrill said an Internet search just prior to the conference resulted in nearly 2 million hits with the term "GPS jammers". The devices cost only $ 30 purchased online. 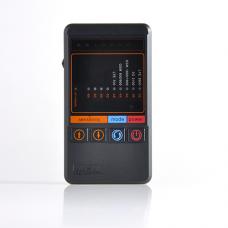 In a presentation at the workshop on synchronization in telecommunications systems in Broomfield, Colorado, Merrill noted that it took the FAA and FCC until April 2019 to locate the GPS jammer operating on the New Jersey Turnpike.

According to Merrill, the DHS developed a national jammer detection system called the Patriot Watch, which feeds FAA and FCC information into a database that analysts use to find faulty signals.

Since GPS was first developed in 1973, it has become the main part of a number of critical military and civil infrastructure systems, Merrill said at the Nashville conference. The systems are now indispensable for flight, sea and ground operations. They also provide precise time signals for the operation of wired and wireless networks.

Colonel Bernie Gruber, director of GPS at the Air Force Center for Space and Missile Systems in Los Angeles, told the conference that there are currently around 1 billion civilian GPS receivers in use.

Russia has been developing its global navigation satellite system since 1976 and now has 24 satellites in orbit, compared to 31 GPS satellites. A number of manufacturers have started production of double GLONASS / GPS receivers, which provide better accuracy than a GPS receiver.

Ray Clore, senior GPS advisor in the US Department of State's Office of Space and Advanced Technology, told the conference that Russia plans to set up GLONASS surveillance sites in the US. The discussions on this question are still ongoing.