After the suspicious drone is determined to be the controlled target drone, physical destruction, biological capture, radio interference and other suppression methods can be used to make the target drone unable to continue working. During the working process of the UAV system, there are generally the following situations: one is that the console transmits a one-way control link to the UAV; the other is that the UAV receives satellite navigation signals; the third is that the UAV feeds back to the console to fly. data. At least one of one and two exists. In view of the working characteristics of the above-mentioned UAV system, targeted suppression technology can be adopted.

The drone jammer suppresses the control signal, and performs high-power interference or decoding takeover on the one-way control link transmitted from the console to the UAV. It can make the drone unable to distinguish the control signal, so that it cannot receive the operator's instructions, enter the safe mode for forced landing, return home, or can only receive the instructions of the controller, and the controller can control it to land to the designated location. Since the target UAV is closer to the radio interference source than the console, the interference suppression effect is better, so this method can effectively prevent the UAV from invading the restricted flight area. However, if the suppression control signal is invalid, it can be judged that the UAV is only in cruise mode, and the next method can be used at this time. 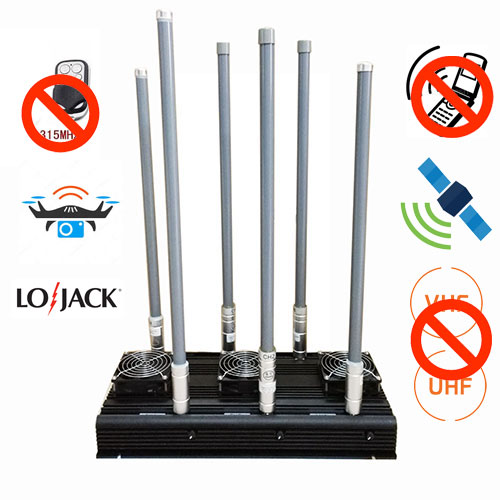 Radio interference suppresses the navigation signal, interferes with or deceives the positioning and navigation signals of satellite broadcasting, so that the drone cannot obtain its current position information or obtains false position information, making the drone unable to fly smoothly or even crash or Fly to the designated location. Since most UAVs use navigation technology, this method has a wide range of applications and is easy to operate, which can effectively destroy the cruise state of UAVs. However, if the suppression of the navigation signal is invalid, it can be judged that the UAV is only in the operator mode. In this case, the previous method can be used.

Radio interference suppresses the digital signal, that is, interferes with the data signal that the drone sends back to the terminal, destroys the data, images, and video information returned by the drone, and achieves the purpose of protecting privacy and information security. However, this method is more difficult to implement and has poor feasibility.

What are the advantages and application prospects of the mini wifi signal jammer?