What purpose can a prison cell phone signal jammer achieve?

Contrabands will be a big problem. This means that they allow prisoners to secretly handle drugs, run illegal businesses and even organize murders, under the supervision of guards and warden. A prison in South Carolina recently discovered 35,000 cell phone calls and text messages in 23 days. This is a very serious problem for prisons. 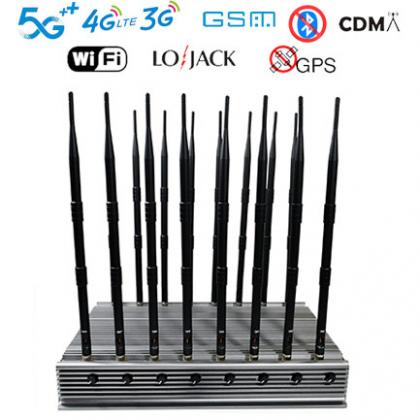 The cell phone owned by the prisoner allows him to communicate with outside partners in the crime to coordinate escape plans, thereby creating a life-threatening situation for the agency’s guards and the public. It is more common that the overwhelming majority of reports from correctional facilities indicate that hidden mobile phones were used to harass victims of their crimes, or that a prisoner repeatedly intimidated his victim to persuade the victim to abandon the accusation or change him Story to instill doubtful testimony.

Many detainees continue to organize illegal drug trade from within the prison walls. Mobile phones are an important means for detainees to keep drug organizations running and tightly controlled. By contacting visitors before they arrive, inmates can arrange for the transfer of drugs and drug paraphernalia, allowing them to continue the illegal habits of being detained. The family is often harassed by relatives who have been imprisoned, and when the family realizes that their relatives receive better services during detention, they demand bail.

A prominent issue is the prisoner’s ability to contact witnesses before an upcoming hearing, trial or appeal. By matching the absence or correcting the conflict in the testimony, the defendant can win relief or complete dismissal charges. The frightening concern the prison considers is the use of cell phones by undetected prisoners in order to warn other prisoners before accidental searches that may confiscate cell phones, knives, drugs, syringes and other prohibited items. Such smuggled goods may cause life-threatening conditions to prison guards and medical staff.

What factors can affect the stability of signal shielding equipment?

How to choose a mobile phone signal jammer?